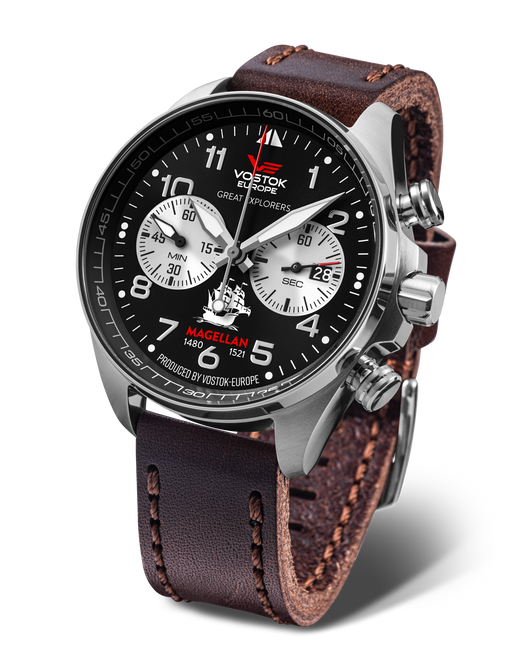 These are samples used for display. These watches are in brand new condition, and has a full warranty.   Magellan Great Explorer Series Portug…

These are samples used for display. These watches are in brand new condition, and has a full warranty.

Portuguese explorer Ferdinand Magellan was one of the world's greatest adventurers and swashbucklers. Among his many, many accomplishments: He discovered the interoceanic passage, known now as the Strait of Magellan. He completed the first European navigation from the Atlantic to Asia. His greatest achievement, most would agree, was actually posthumous. On the same voyage where he had attained so much, he was tragically killed in battle in what is present-day Philippines. Two of his ships and their crews, however, persevered and by returning home to Spain they conducted the first circumnavigation of the globe.