Taking a little time from watch designing and thinking about our next watch project, I was reading about the origin of the band name Toad the Wet Sprocket. That's an interesting enough story in and of itself.

Turns out it came from a 1970s Monty Python skit, where Eric Idle was trying to come up with a name so ridiculous, nobody would ever really think it could be a real band. Boy, was he surprised when he heard a DJ who post credited a song that had just played to "Toad the Wet Sprocket." Idle says he nearly drove off the highway.

That got me thinking about the origin and meaning of the names of our watch brands and thought that would be a fun topic for a watch blog post.

Let's start with our biggest brand:

So, if you know a little Russian, this name would be pretty obvious. Vostok means "East" and with Lithuania being the home of the watch brand, "East" Europe as a name seems to make sense. But there is more to the story. Most of you know that there is a much older Russian watch brand called Vostok. They are based in Chistopol, Russia and have been building affordable, workhorse watches for decades.

It is not uncommon for these two brands to get confused, but they are for sure two completely separate companies and build very different watches. In the beginning, the VE name made more sense because all Vostok-Europe watches used Vostok movement. Over the years, as Vostok-Europe watches have matured and developed the situation is now actually reversed. Vostok-Europe uses more Seiko and Miyota movements than Vostok.

There are a lot of reasons for this, but the single biggest one is cost of the Vostok watch movements. Over the past decade, manufacturing costs in Russia have skyrocketed as the cost of capital has gone up. Vostok movements are approaching the cost of some Swiss movements now and simply have made the retail price required to work with them nearly prohibitive.

But you can see how Vostok-Europe was the perfect name in the beginning. It now does cause some confusion, but with 15 years of goodwill in the brand, it's not likely to change.

Sturmanskie means "Navigator" in Russian and the word is quite fitting for this famous watch brand. As the first watch in space on the wrist of Yuri Gagarin, the Sturmanskie watch certainly helped navigate the world into the space age. Today, Sturmanskie builds space, aviation and dive watches. The navigator watches are as steeped in naval history as they are space history. 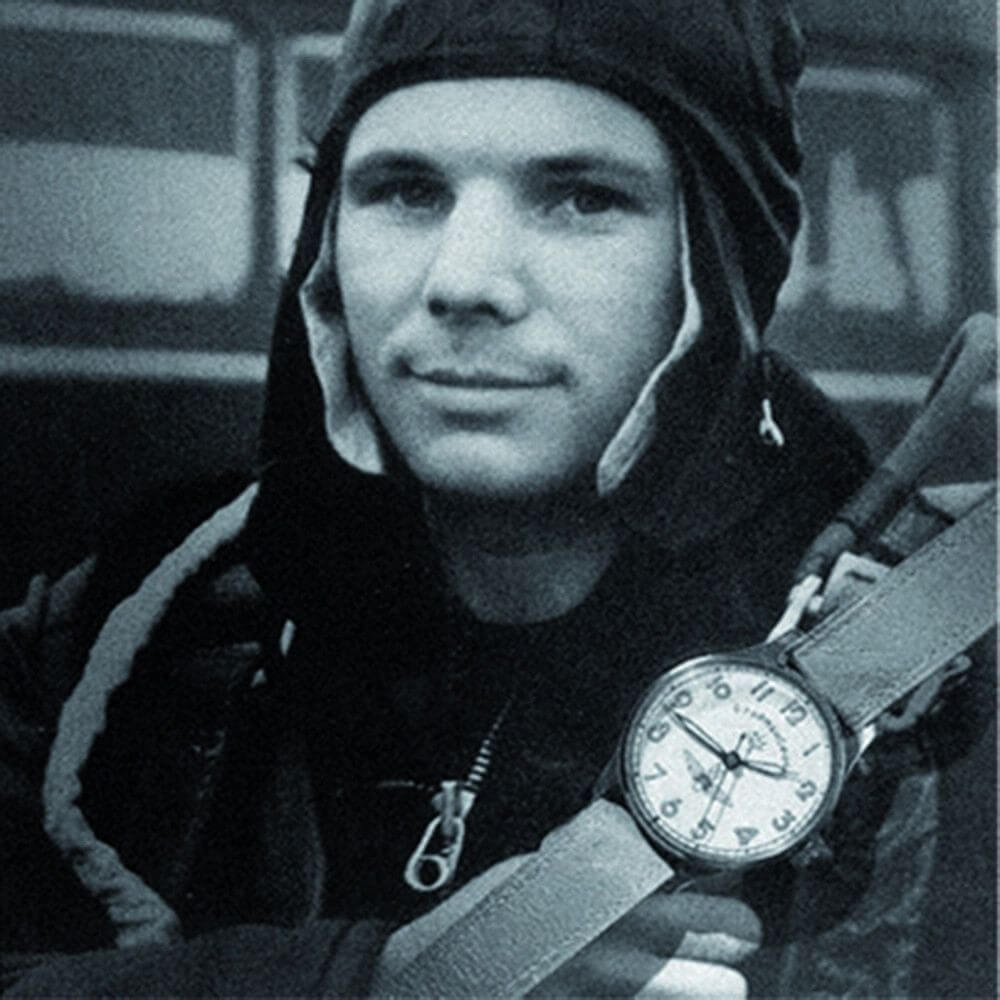 The youngest watch brand on this list, we started Pramzius watches in 2016. The watch brand name comes from the Baltic Ruler of Time. It is actually spelled differently as Praamzius... but we figured people would have a hard enough time pronouncing it as it is.

While we are based in the USA, we have been doing business with Russia and Eastern Europe since 2005 and we felt we should maintain at least some of that connection in our own brand. Our goal is for every inspiration of the watches -- Trans Siberian, Berlin Wall, Iron Wolf -- have at least some connection to one of the 9 countries that touch the Baltic Sea, though we may go outside that realm from time to time. Mostly we care about watches that are unusual and tell a great story and not just the time. 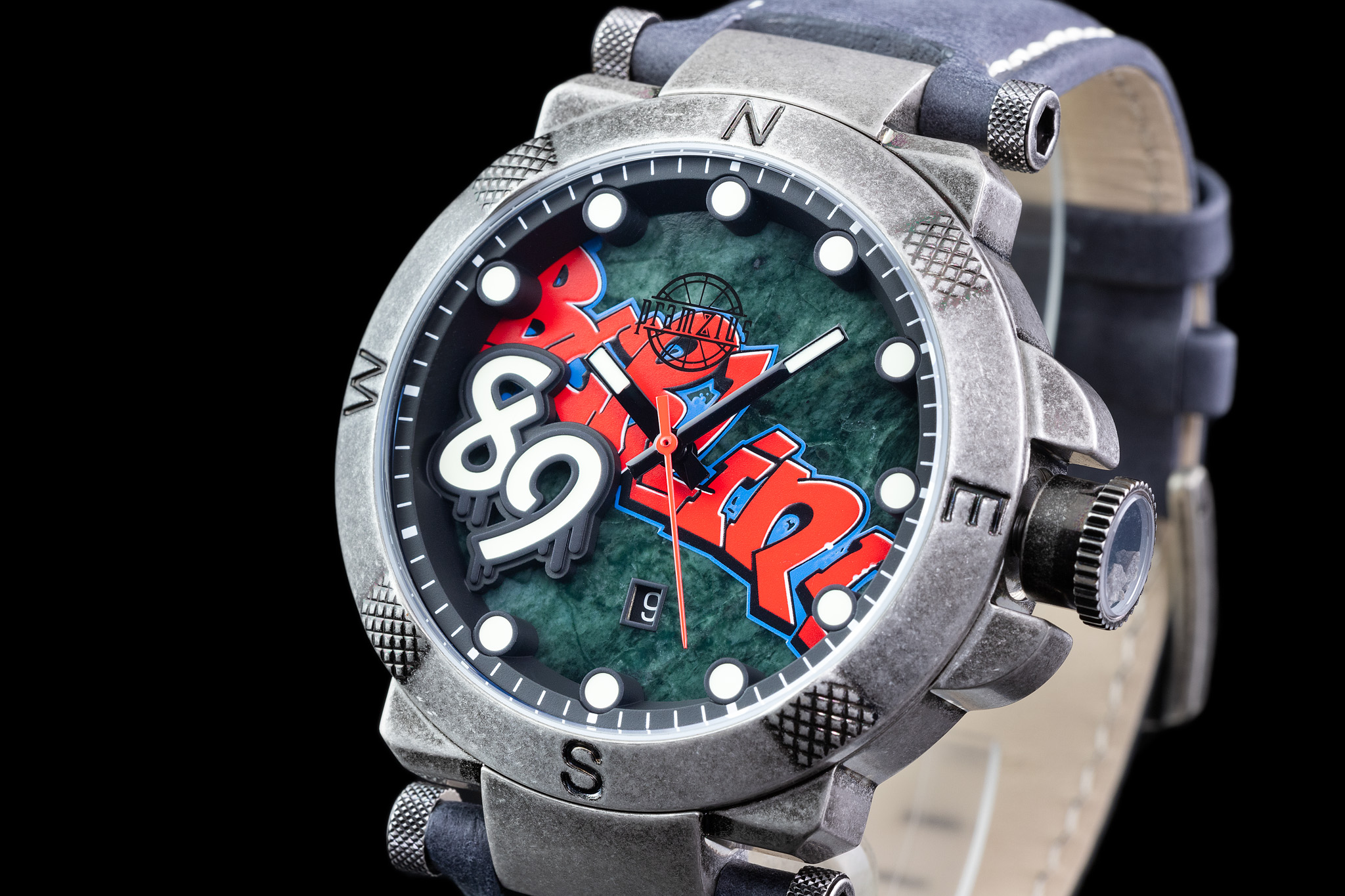 Tsikolia watches: This one is pretty straightforward, it is the last name of the owner of the brand, Zviad Tsikolia. Based in Tbilisi, Georgia (the country, not the state) this boutique watch brand is all Swiss made, but for sure Georgian inspired.

We'll come back to this topic about our other watch brands at another time. 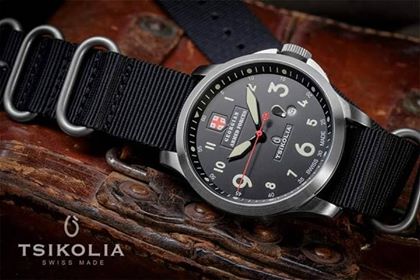