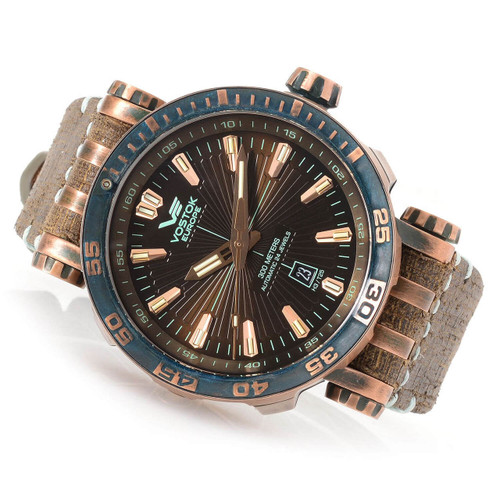 Get back an estimated 32.45 ChronoBux on this item.

This version of the Energia in marine-grade bronze comes with a pre-patina. All bronze will patina naturally over time. But Vostok-Europe works with a local artisan in Vilnius who hand applies a patina in a special process that takes several days to apply.