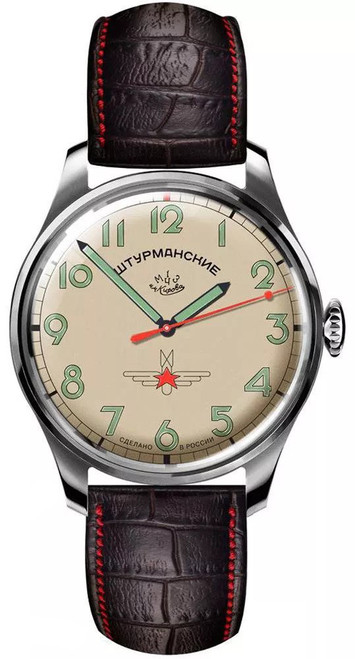 Get back an estimated 26.45 ChronoBux on this item.

Celebrating the first human space flight and the first watch in space that rocketed with it, the latest Yuri Gagarin commemorative edition are the boldest to date. With dials that draw directly from the watch Gagarin had on his wrist, this is the only model available with an exhibition case back so you can view the famed 2609 movement that powers this historic timepiece. The 2609 (an earlier version) is the same movement that was in the original Sturmanskie Gagarin watch. Once these limited edition watches are gone, there are no plans to reissue the exhibition caseback version.

Both the original Third Moscow Watch Factory "Kirova" emblem and the earliest Sturmanskie logo are displayed prominently on every dial. Hand assembled in Moscow, the Poljot 17-jewel movement is over the same caliber as the original. Supplies are limited.