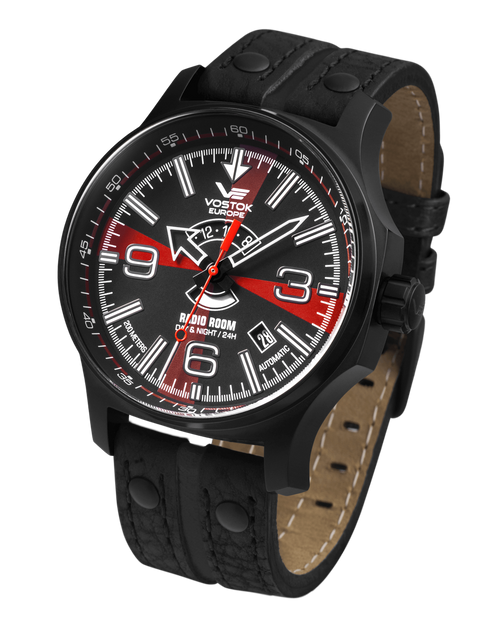 Get back an estimated 19.95 ChronoBux on this item.

After the act became the law of the sea, all clocks in seafaring radio rooms of ships had these radio silence periods, indicated by the 3-minute wedges at 15 minute intervals on the dial (same as on the watch). Originally, there were only two at the top and bottom of the hour. Vostok, of Chistopol Russia, a different company than Vostok-Europe makes the mechanical clocks that still go in to Russian Naval ships today. That is why the Vostok-Europe Radio Room watch only uses the 32 Jewel mechanical movement from Vostok to drive the timekeeping.

In this new version, with a much larger dial, the watch has three complications -- a 24 hour indicator, a day-night indicator and the date. There are several color combinations to choose from that range from colors quite similar to the original clock to new, more modern combinations. All Radio Room watches are professional dive quality.