Every watch collector undoubtedly has an "automatic" or "self-winding" watch in their collection. There may be some purists out there that only want a manual wind watch, but that would have to be a very small percentage of the watch buying public.

When it comes to the watches we carry on R2Awatches.com, we actually still sell manual watches. But the lion's share are automatic. You hear these words all the time -- automatic watch. Sometimes you will hear them called self-winding watch. But what do those terms really mean? 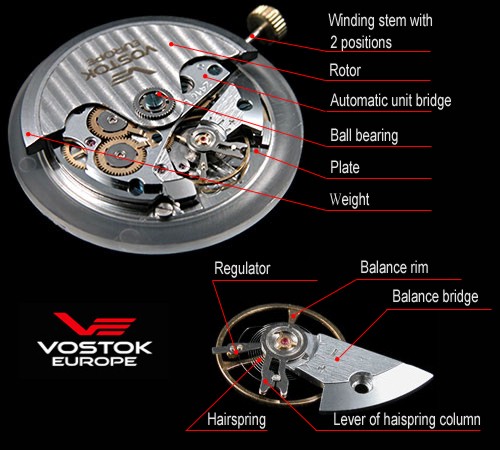 Well, I would say first that both of the terms of a bit of misnomers. There is no mechanical watch that is truly automatic and for sure they don't wind themselves. An outside force of some kind has to act on the watch movement. So, let's back up a bit first.

What is a mechanical watch? Without getting into a lot of technical terms, a mechanical watch is pretty much what it sounds like. All of the parts of the watch movement are mechanical. There are no electronic components. There is nothing driven by a battery. The only thing that moves the hands are gears driven by a tiny wound-up spring -- think Victrola on a much smaller scale. Those mechanical watch movement parts get their energy by winding up the watch mainspring until it is fully tight all the way -- go to far and you can break it. That is simply called "overwinding".

That mainspring then unwinds at a certain speed, referred to as Vibrations Per Hour. If this VPH is not regulated evenly then the watch won't keep correct time. VPH can very a great deal depending upon the watch movement with some being 18,800 to others being 28,800. The higher the VPH, the smoother the watch's second hand will sweep. This release of energy drives a series of gears and wheels that gear up or down by having differing sizes machined to exacting measurements to ensure that when they turn the pinion (or pinions if the watch has complications) they move the hands the proper speed to keep proper time. 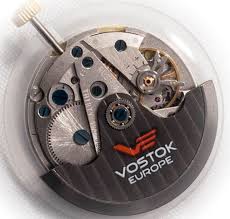 These kinds of movements have been around since the 18th century, with hundreds upon hundreds of incremental improvements and changes since, and smaller and smaller movements to achieve more accurate time in small timepieces and ones with more complications. In a mechanical watch, a complication is anything other than simple, three-hand timekeeping. This includes even the date. But usually we are talking about chronographs, or moon phases, or the like.

So, back to the original point of this post, the automatic watch. The first mechanical movements had to be hand wound -- again, think Victrola -- with a crown and stem that connect to another set of gears that wind the mainspring, sometimes called a hairspring. A fully wound mechanical watch will run for about two days. Most people will tell you to wind them once per day. In the late 1700's, top Swiss watch makers developed a system that used a counterbalanced "half-wheel" called a rotor that is connected to the winding mechanism. This rotor rotates with the movement of your pocket or later on your wrist. I'm struggling to come up with something analogous. The best I can come up with is to think of a merry-go-round with a kid only on one side.

Movements are designed to be wound clockwise, counterclockwise or both. So the rotor may be winding the watch any of these directions. Now, you may be asking, won't this eventually over wind the mainspring of the watch? The short answer is no. Patek of Patek-Phillipe (yes, THAT Patek-Phillipe) invented something called a "bridle" which is just WAY too much to explain here. But the bottom line is it was the first "clutch" to stop the winding of the watch when it has a rotor after it has been fully wound. That basic design, with some updates, is still used today. 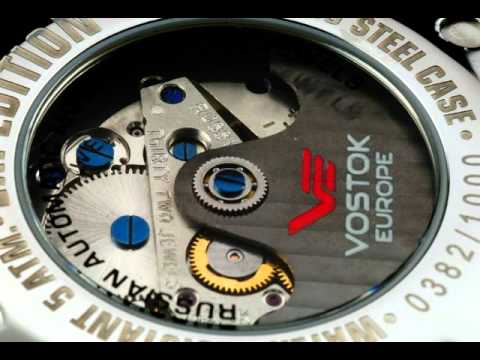 You can probably see why "self-winding" watch or "automatic" watch are misnomer terms. If the watch sits unwound on a dresser, it is not going to magically self wind or suddenly become automatic of its own volition. An external force has to act on it. Most of the time that is just you wearing the watch and the movement of your wrist moves the rotor that then winds the watch. You can also buy machines called "watch winders" that are designed to wind the watch with wheels that rotate the watch and move the rotor by doing so.

The outcome is that you don't have to manually wind the watch. If you wear it every day, it should never need winding. But this comes with one big caveat. If an automatic watch winds completely down, you should give it a few winds to make sure it has enough energy to run correctly. As a watch gets to the end of the wind, it speeds up. Yes, that is counter intuitive, but that is what happens. Your wrist just may not give it enough power when you first put it on with no energy in the mainspring.

So, now you know what it means when you see that your watch is automatic!