Greetings everyone. Craig Hester here with R2Awatches.com. Thank you for joining us again, as we continue on our journey through all the watches and accessories that are available at R2Awatches.com. If you are watching this on YouTube, be sure and hit like and subscribe. And you also want to ring that bell. So you get the early notifications and right away whenever we post a new video, if you are watching this on Facebook, you're going to want to join the closed group, Vostok Europe Timepieces, or VET. Don't let the name fool you it's about more than just Vostok Europe, although Vostok Europe would be plenty to build a whole group around. But, so that all of the watches and accessories that are available at R2Awatches.com, it is the best place online to learn about what's going on with us to share camaraderie with other watch geeks who like to post their watches of the day, their wrist shots and so forth. 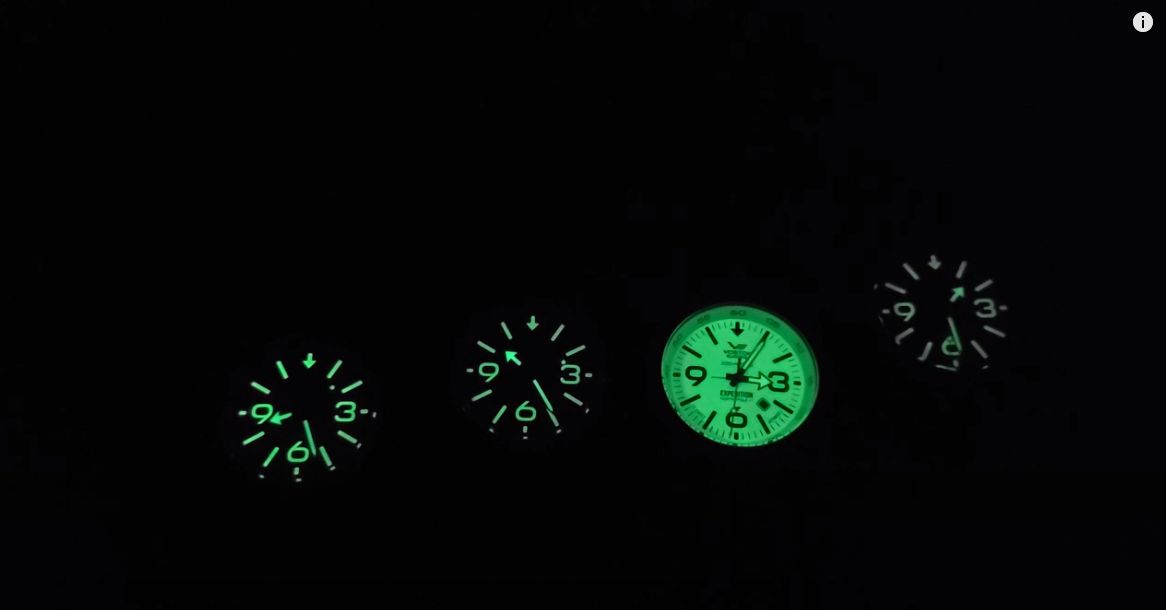 although they are growing fast every year, they're going to leave that boutique moniker behind in a relative near future. They produce 25,000 to 30,000 watches a year. Every single Vostok Europe is hand assembled at their facility in Vilnius, Lithuania. They have seven full-time watchmakers who handle every watch that comes out of Vostok Europe. For a brand their size, it's really amazing what all they do. They do really what you would expect to see from much larger watch brands. They design every watch in-house. They hand assemble every watch there. They do all their own quality control. It's really a pretty amazing little brand. And we're very proud to represent it here in North America. So that's Vostok Europe, and every Vostok Europe watch has a story. They have an inspiration, in this particular case.

It is the North Pole One. The North Pole One was a floating ice station here. You can see on the back. I love the case back work on his watch, where you can see this was a floating ice station from the North Pole in the 1930s. It went about 3000 kilometers over nine months. It was largely a research expedition. Of course, anything that the Soviets were doing at that time also had dual purposes. You couldn't just say it was pure research, but this was largely a research operation and they floated on an ice flow. For nine months, these guys were out there floating on an ice flow. They went over 3000 kilometers. And actually one of the things I do really like, a little special note to this is that when one of the icebreakers that they ended up coming back in, once they got picked up, was the EerMack,, which was the world's first ice breaker. So, the first Soviet floating ice station finished up with the EerMack, the world's first icebreaker, being the ship that brought them home.

And now I'm going to go through each individual, one of the four that we have, and that have just come out and I want to be clear that these are out now, this is not a preview video. These are available, they are on the market. And if you haven't gotten one, you really are missing out because all four of these are just amazing new Expeditions. So let me go through the colors. First one is what I would refer to as what I've been referring to as burnt orange, just because of the fact that it has this gradient running along the side, which just looks so cool. I don't know where my pointer is, but anyway, I'm just doing it in my hand this time.

If you look on the edge there and you see this gradient pool, it's kind of a reverse of a sunburst dial

because it's matte in the center and it has the gradient on the outside. I love orange watches in general. Anyway, that's one of my personal favorites and this is probably one of my favorite,

And then next is the, it's kind of the same style

on the dial with the light color in the center and the dark on the outside edge. Again, typical reverse, typical of your sunburst dial. And this is the gray, like a charcoal gray. This is the matte stainless steel. And I failed to mention that the burnt orange comes with the grade A black PVD plating, and that is grade A, it's the best PVD plating you can get. Wouldn't matter how much you're spending on the watch. You're not going to get better plating than this grade A. And then we have the blue,

with a really light, similar effect

Guys, I'm not doing anything. There's no filters. There's nothing, I'm not editing this to look any differently. This is just how this looks, having just been underneath the light. So that just shows you how amazing the lume is on the Expedition North Pole One and on all four of these that's cool, Abe. Just fabulous lume. And the fact that you're getting a full lume dial and the arguably more dressy version with the, this is also PVD plating. This is rose tone PVD plating, but it's what I like to refer to as Russian red. And one of the things that you may not know, and I haven't talked about it in a while in a video, is Russian red. The reason I call it that is because in Russia and Eastern Europe, not just Russia, but in Eastern Europe, gold is actually rose tone. People think of that as gold, not yellow gold. In fact, you can see it in people's rings, particularly in their wedding bands and so forth. You see everything is rose tone. So they had developed this rich, deep red color, which I think, on this particular execution, you can see that it is deeper and richer than most

It's such an integrated part of their life. They know what it's supposed to look like. They know what a rose tone should really be. Let's go through the features of the watch. Well, first of all, let's do the size thing I like to do. This is 47 millimeters and thickness is 17 millimeters. And then the strap should be a 24 millimeter. And it's a 24 millimeter strap with the double tang buckle and that beautiful multi-layered leather that is just fantastic on this. These are all four automatic time pieces, the movement in this one is new

For Vostok Europe, they haven't used it before. This

is the YN55, the YN55 is kind of a sister movement to the NH35. The NH35 Is made by a Seiko instruments. The YN55 is made by Seiko Epson. They're very comparable movements, Vostok Europe just wanting to try something new. This YN55 is arguably

It's the best made automatic movement on the market. I know I'm going to get all kinds of comments. Are you out of your mind and they're going to talk about Swiss movements and other things, but, I just got to tell you that this is a really hearty movement and is extremely well-made. Our testing on this they're keeping fantastic time. It is just an amazingly hearty movement. So, but we'll let that be

For you to decide, pick one of these up, try

It out, see what you think about the YN55. I am really confident that you're going to like it. Other features, this is a 200 meter water resistant watch.

In order to be a

It comes on this amazing triple thick leather strap with

the rivets that are right

Up against the case, which really add just a beautiful look. It is a stunning looking time piece I happened to be wearing today just to show you what they look like on the wrist. I'm wearing my Task Force Marauder, and this is the same case as the North Pole One. This is not a small watch. This is not a watch for people who like small watches. This is a big time piece. It's 47 millimeters. It is going to wear big as well. Why is it going to wear big? It's going to wear big because there is no bezel. There is no rotating bezel. There is no bezel really. It runs all the way to the edge of the watch. Whenever the dial fills up the entire watch. And there's no bezel, it tends to look larger on the wrist. So you definitely are going to need to be somebody who's interested in wearing larger watches. If you're going to get an Expedition North Pole One, they're not off the hook.

To each his own, for those who love them,

then good for them. But I want to make sure that you understand that this isn't one of those like really oversized watches. But it isn't small by any means. Look at the sweep on that second hand, it's just smooth as silk. That right there shows you the caliber of the YN55, just such a sweet, beautiful sweep second hand on that. So we've got four styles, like I said, we've got the dark charcoal gray, we've got the blue, we have the rose tone with blue accents and the blue accents on that. I don't know how well they're going to come through in the video, but they are

And then we have what I'm calling the burnt orange. Other features of this watch, it's the K-1 mineral crystal system. The K-1 system gives you the best of both worlds on the mohs scale. It's a seven, which puts it right between sapphire and, and mineral. So you get nearly the scratch resistance of Sapphire and you get nearly the, uh, shatter resistance of mineral. Uh, this is a four millimeter thick crystal on this watch, just think about that. That's thicker than this leather strap. That's as thick as most bracelets, four millimeters thick. So you've got a serious crystal on here. It would take a pretty serious lick to cause a significant problem with this crystal on this watch. They're all surgical grade stainless steel, and we only deal with surgical grade stainless steel. You're never going to see Vostok Europe doing anything with base metal. Now there's PVD plating on two of them, as I mentioned, but that underneath is surgical grade stainless steel

They have a screw in crown and I already mentioned that it has this fabulous lume. So for new executions, from the Expedition

North pole One collection, you don't want to miss out on these, you know, how Vostok Europe is. They sell out fast and then they're gone. So if you're looking at one of these, don't hesitate, pull the trigger quickly.